House of Hackney are a luxury lifestyle brand founded in London in 2010. Despite the words “made in England” emblazoned across the top of their front website webpage, please note that not everything they sell is made in England!  However, a lot of it is and this site is well worth a look around. Some products are quite expensive though I warn you. I mean who in the right mind would pay £148 for a cushion!

I am trying to find a flannel (facecloth, wash cloth) that is made in England and it is proving much harder than I expected.  Are there any flannels or towels still made in England or elsewhere in the UK that you know of please? Is anyone actually weaving, dyeing and finishing towels in the UK now? Sadly it seems to me that there are no longer any towel weaving mills left in the UK.

Towels wise though, I can find nothing really.

Chortex make no mention of a UK factory on their website and they confirmed to me (on 31st March 2014) that their towels are no longer manufactured in the UK.

Christy towels are now made in India.

Ashtons were another well known towel maker, with 2 cotton mills in England. Taken over by Courtaulds in 1968 the company now appear to have closed.

A vintage St Michael by Marks and Spencer Made in the UK cotton extra large blue bath sheet (towel). This is a very large towel indeed. Photograph by author 8 September 2017. Label detail.

Tonder and Tonder have a English made soap bar that comes with a facecloth.  At the top of their website it says “Made in England”. I was told at one point that the towels Tonder and Tonder sell were made in Turkey not England but they currently (20/11/18) have no towels available and I am told the facecloth that comes with this soap was made in Lancashire by a company no longer in business. Tonder and Tonder have an excellent range of bedlinen, ceramics, tablelinen and accessories that are made in England – http://www.tonderandtonder.co.uk

With Nature Skincare make these muslin face cloths in the UK – http://www.withnatureskincare.co.uk/epages/f5rjwmzwkkar.sf/en_GB/?ObjectPath=/Shops/f5rjwmzwkkar/Categories/Facecare/Muslin_Face_Cloths These are also available on Amazon – http://www.amazon.co.uk/WithNature-Skincare-Gentle-Muslin-Cloths/dp/B007JKY2XK

Bamboo Textiles Ltd make bath towels, bath sheets, baby towels, flannels (facecloths), baby robes, wash mits, gym towels, and make-up removal towels in the UK; as well as bed linen and baby bed linen. Many of their products are made in the UK (made in the UK products are labelled as such on their website; other foreign made products do not state county of origin) – http://www.bamboo-textiles.co.uk

Bareskin Beauty say their Bamboo Bath Sheet is made in England. I do not know about the country of origin of their other products but I could not see any indication they were British made from their website – https://www.bareskin-beauty.co.uk/index.php?route=product/product&product_id=54

Mine! London sell a nice range of off-the-shelf or bespoke small fleece blankets, cotton towels, cotton face clothes (flannels), cotton baby bibs, and fleece scarves. All the items they sell are labelled on their website as being British made. No information about the method or place of production is given. Items are described as hand-made. Their website features the Made in Britain logo – http://www.minelondon.com

Lancashire Textiles in Burnley seem to suggest on their website that all their Pillows, Mattress Protectors, Mattress Toppers, Towels, Home Accessories, Cushions, Pet Bedding, Bed Linens & Baby Bedding are UK made. I have emailed them to check this is the case (I’ve had no response though!) but I suspect it is only their bedding that is made in the UK and not their towels. Items made in Great Britain are clearly flagged with the Made in Britain logo; other products are foreign made. UK made products from Lancashire Textiles include some of their duvets, pillows, shaped pillows (such as v-shaped pillows), anti-allergy pillows, pillow protectors, some mattress protectors, a limited amount of their bedding, the Cavenagh of London ties they sell, some cushions, some cushion inners, some support cushions, their seat pads, some pet bedding, and their bean bags. Look for the Made in Britain logo on the Lancashire Textiles website; they a good range of Britain made products and they have their own mill in Lancashire. Products are available directly from their website  – http://www.lancashire-textiles.co.uk

Jane Hamerton towels are personalised in England, but the actual towels themselves are foreign made – http://janehamerton.com

An old Fired Earth floor made in England floor towel, front of label detail. Photograph by author. Sadly this company no longer have their towels made in the UK.

An old Fired Earth floor made in England floor towel, rear of label detail. Photograph by author. Sadly this company no longer have their towels made in the UK.

Stamford Cuemakers Cue Towels are made in England from 100% cotton according to their website. Available on their website and also on eBay. Cue towels are for snooker / pool and are ideal for wiping down your cue when it gets a bit sticky and might be good for the gym too. Their cues and cue cases are also made in England – http://www.stamfordcuemakers.com

Lancashire Towel Co Ltd (aka the East Lancashire Towel Company) clearly label some of their products on their website as British made and it says on their website that they have (it should say had actually) their own mill. The mill is shown on their website as being in Barrowford Lancashire, whereas their address is given as Nelson, Lancashire.  According to wikipedia the mill in Barrowford Lancashire is now closed and production has been moved abroad. Stocks are limited and this is because these are old stock being sold off after the factory closure in 2009, as the company has told me. They made towels including bathroom towels, kitchen hand towels, in linen / cotton, and cotton, plus roller towel holders but these days production is sadly in Turkey – http://www.towelcompany.co.uk

Bags of love sell towels that you can have printed with photo but I doubt if the towels themselves are made in the UK. Just printed in the UK.

Fergusons Irish Linen have a factory in Banbridge, County Down, Northern Ireland. Since 1988 they have been part of Franklin’s who also own Brownlow Textiles Ltd (now just a brand name of Thomas Ferguson & Co. Ltd. ) and John England. Thomas Ferguson & Co. Ltd don’t make country of origin clear on their website but according to Sir Gordon Bennett their tea towels they sell are made in Northern Ireland. As well as tea towels Fergusons also make table linen, bed linen, towels, handkerchiefs, throws and suchlike but it is not clear from their website whether these are British made or made abroad. Franklins is a weaver of badges and labels, supplying the sports, industrial, fashion, career wear and promotional markets, sharing the Fergusons factory in Northern Ireland. No clear information about country of origin is given on the Franklins website. I assume their other factories in Banbridge, Coventry, and Nuneaton have been closed, especially as much production appears to have moved to what Franklins refer to as ‘off-shore manufacturers’ although they do say on their website that “Franklins embroider in our factory in Banbridge” they also talk about outsourcing and overseas suppliers. John England supply fabrics by the metre for the fashion and apparel, curtain, upholstery, theatrical linens, and film productions markets, but again no information is given about country of origin on their website – https://www.fergusonsirishlinen.com – https://www.franklins.co.uk – https://johnengland.com

The Gaddum Group (Gaddum & Gaddum) produce at least some beauty uniforms (their Tempus range) in-house in England and otherwise they add logos to imported clothing and import silks from China. Their towels and robes are foreign made as far as I can gather from their website. Gaddum and Gaddum have a factory in Leek, Staffordshire and manufacture clothing there for others, for example Hugget ladies jackets are made by Gaddum and Gaddum in England – http://www.thegaddumgroup.co.uk

Bard and Brazier towel rails are made in England – http://www.bardbrazier.com

Axminster Carpets going into administration also led sale of the Devonia Tannery in Buckfastleigh to Eastern Counties Leather (please see this BBC article). I am not sure what Eastern Counties Leather intend to do with the Devonia Tannery. They have their own tannery in Cambridgeshire, where I get the impression they still manufacture coats, gloves and footwear but in recent years have specialised in sheepskin rugs and chamois leathers. They also import and it is not clear from their website which of items they sell are manufactured in the UK.

Mathmos traditional and the original lava lamps are still made in the UK.

“It would be much cheaper to make lava lamps in China,” said Ms Granger, adding that some of the company’s other LED lighting products are no longer made in the UK.

Great stuff, although it is only the Mathmos lava lamps that are made in the UK, with other Mathmos products often made in China.

Anglepoise (Herbert Terry) on the other hand have moved all production to China, except for the Anglepoise Giant 1227 lamp which is made in the UK.

Hainsworth is one of the few companies still making blankets in the UK.

Each Scarlet and Argent piece is created exclusively and entirely in their specialist Yorkshire mill.  Woollen blankets, throws and accessories (cushions, teddy bears and hot water bottle covers) made in England.

What’s the link between one of the oldest textile mills in the UK and the Royal baby? – See more at: http://makeitbritish.co.uk/gifts/what-is-the-connection-between-one-of-the-oldest-textile-mills-in-the-uk-and-the-soon-to-arrive-royal-baby/#sthash.TvXYBwfy.dpuf

Scarlet and Argent Chamber Blanket – grey. Made in England.

END_OF_DOCUMENT_TOKEN_TO_BE_REPLACED

Country of origin is clearly labeled on their website. Most items are manufactured in the UK, but not all so do check before buying. Their folding clothes airers are foreign made for example. British Drainers is a trading name of Legend Cookshops of Kent.

British Drainers was kindly recommended to me by Alex, one of the readers of my site. I have not tried products supplied by this company, but I am sure I will in the future.  It’s great to see a supplier of British made sink drainers, shoe tidies, milk bottle carriers, wine racks and so on. 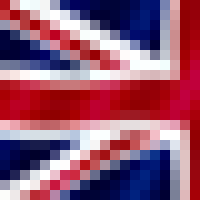