Ever since James Bond was sent on his first big screen mission in 1962’s Dr No, the most successful franchise in movie history has been a shop window for British manufacturing. Is Spectre, the latest incarnation of Ian Flemings infamous MI5 agent, going to continue to promote brand Britannia? Bond famously has a weakness for British cars. Along side his famous Aston Martin  […]

Another great article from A Truly British Family – Consumer champions of manufacturing & farming. Sharing to widen the audience and promote GB. Thanks British Family. Looking forward to seeing the new Bond film hopefully next week.

I am sad to learn of the death of Patrick Macnee; one of my heroes; RIP.

http://www.patrickmacnee.com has a short history of his life.

John Steed’s Flat is a fansite about the fictional character John Steed from the British TV series THE AVENGERS which ran from 1961 – 1969 and from 1976 – 1977 as THE NEW AVENGERS. John Steed was portrayed by actor Patrick Macnee (1922 – 2015) who created an iconic character in TV history – http://www.johnsteedsflat.com

Patrick Macnee as John Steed in the Avengers, Escape in Time, 1967. 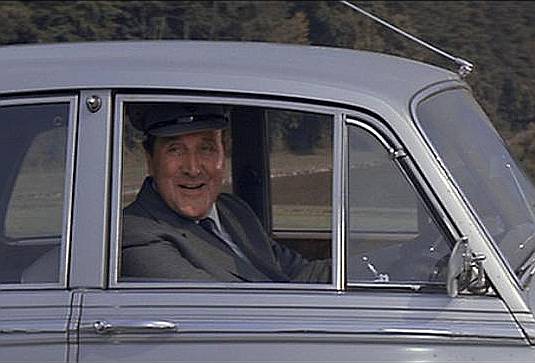 Patrick Macnee in A View to a Kill playing Sir Godfrey Tibbett and posing as his chauffeur, 1985. Interestingly Honor Blackman played Pussy Galore in Goldfinger; Diana Rigg played Teresa di Vicenzo in On Her Majesty’s Secret Service; and Jonanna Lumley also played in a Bond girl in On Her Majesty’s Secret Service (in which she had two lines as a British girl among the villainous Ernst Stavro Blofeld’s “Angels of Death”).

Photograph of Patrick Macnee from http://www.patrickmacnee.com

Doctor Who: The Bells of Saint John – series 33, episode six. Matt Smith and Jenna-Louise Coleman on a Triumph motorbike. FIRST BROADCAST: 30 Mar 2013. http://www.bbc.co.uk/programmes/b006q2x0 – behind the scenes.

Not strictly manufactured in Britain, but made in Britain; the UK makes some of the best TV and films (movies) in the world.  A recent good example of great British TV is the BBC drama Parade’s End starring Benedict Cumberbatch.  In the dying days of the Edwardian Empire, Christopher Tietjens enters into a destructive marriage with the beautiful but cruel socialite Sylvia.  Based in the novels of Ford Madox Ford.

In films, a good example of great British film making (well perhaps strictly speaking Anglo-American-Japanese film making) is the Bond films (based in the character created by Ian Fleming and starring Daniel Craig as the most recent incarnation of James Bond), the latest of which is Skyfall which is premiered in London tomorrow. 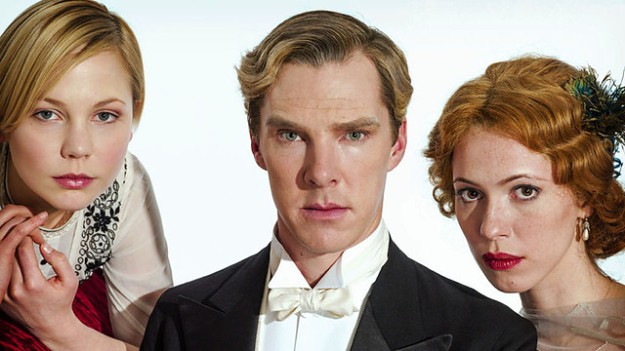 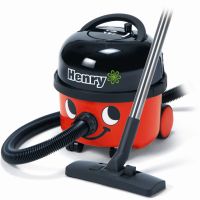